As spectacular as it might be, ice skating is also dangerous due its specific characteristics of having to skate on ice, perform dangerous moves in the air and risk falling at all times. Figure skating concussions can be more or less serious, some on the long term, and mild or severe head injuries causing trauma to the head are often times met among skaters. Below you will find a series of facts related to ice skating concussions, including symptoms and recommendations.

All concussions are serious, no matter how they might have occurred. Hard blows to the head are known to cause concussions, and they could be present even in those individuals who do not lose their consciousness after the fall or blow. Concussions are brain injuries which can be fatal if not properly recognized, diagnosed, and treated. Additional concussions are highly likely to occur in individuals who have already suffered a first concussion, due to the increased degree of sensibility of the respective area in the brain. Also, brain damage is known to be another serious effect of concussions that occur on a repeated basis.

How To Recognize Concussions

Recognizing concussions if you are not a trained specialist requires a high degree of attention to detail, sometimes, a person who has recently suffered a concussion will suddenly become bothered by noise and/or light. There are also cases when dizziness and balance issues may also become signs of a recent concussion having taken place. The sensation of “not feeling OK” is one of the additional indicators of a potential concussion.

Ice skaters go through intensive training and falls and blows to the head are now to occur often times. If you are the partner of an ice skater, a parent or a coach and you notice someone being confused, having pupils that are not equal in size, be disoriented, or suffer from memory loss or lose consciousness, it is mandatory that you call for help. Other symptoms that will help you identify a concussion refer to nausea and vomiting, blurry eye vision, or headaches. More severe cases of concussion are usually expressed through irritability and even personality changes. Insomnia and the lack of ability to focus properly are extra signs that might indicate the presence of an untreated concussion. Depression is another sign that might call for a more detailed checkup, and it might occur later on in life.

If you suspect someone has suffered an ice skating concussion, never ignore it and immediately inform a coach, parent, or get the victim to a doctor. Prevention is the number one focus point for coaches and ice skaters. Time is also needed for the concussion to heal properly and ice skaters might be required to stay off the ice for a while. Young skaters should wear helmets during practice. The internet is full of additional information parents can discover and know how to treat and prevent future concussions. It is also a place where parents can play their favorite games of bingo with sites like paypalbingoonline.com. Using PayPal or another similar e-payment service to buy bingo tickets and play captivating games online for real money or read reviews are just a few of the thing one can do on the site. 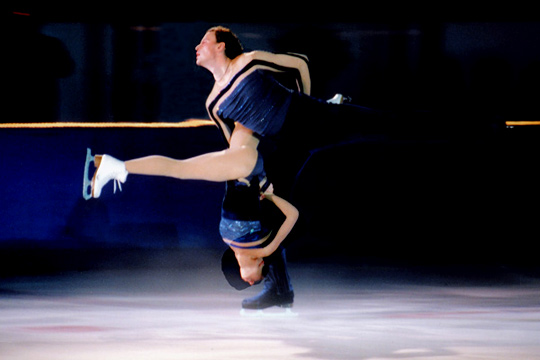 In support of StopConcussions Dismiss